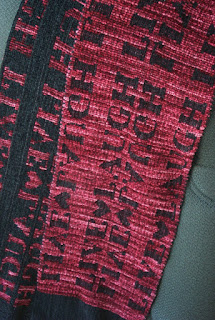 
A friend used to say that 'perfect kills good'.  I know I've talked about this before but it seems like it needs to be said again.

If we get caught up in some sort of dream of perfection, we will quite often be disappointed.  Because what we manage to do so seldom ever turns out the way we think it ought to have done.

So the ideal of perfection tarnishes what is 'merely' good.

But good is...good!  There are times when we really need to recognize that while something isn't 'perfect', it is 'good enough'.

Over the past little while I've had conversations with several people who want very much to do 'perfect' work.  Problem is, that desire for 'perfect' begins to interfere with doing anything at all.  When you get caught on the horns of the dilemma of making choices but can't because you can't decide if you are making the 'perfect' decisions...then you can't do anything at all.  And you put yourself through the meat grinder of agonizing over what you are going to do - choice A?  B?  C?

Then there's the whole issue of finding that mistakes were made in the set up of the loom.  A colour is in the 'wrong' place.  Or the wrong colour was used (but is it really wrong?   Gah!)  My last 'big' mistake was threading the warp that came off the AVL a few weeks ago.  It's an overshot motif that I converted to twill blocks.  I wasn't feeling great while I threaded and damn if I didn't make a mistake and instead of one of the blocks being 4 repeats of twill, one of them wound up 3 repeats.

I knew I'd made the mistake by the time I finished threading because I had four ends left over and there should have been an exact match of threading draft and threads.  It had taken me a couple of weeks with long interruptions before it got completely threaded (Life Happened) and I had little energy to try and figure out where the problem was by going through all 768 warp ends.  Instead I chose to sley, tie on and start weaving.  If the error had been fairly close to the left hand selvedge I would have sighed, inserted the lease sticks and taken out the threads from the mistake onwards.

Instead the error was quite close to the right hand selvedge, which would have meant re-threading almost the entire warp.

I did not have the heart.  Or the energy.  Or the mental capacity.

So I just started weaving.

They were tea towels.  Having such an error would not impede the function of the cloth in any way.  In point of fact, when I posted a photo on line, most people couldn't see the problem, even when I told them where to look.

At that point in time, what I needed was to not beat myself up for being an imperfect human being, but to get into the working meditation, the zen of weaving.  Give up the myth of my superhuman powers of never making mistakes.

Because I do.  I make mistakes.

I don't claim that making or having mistakes in my cloth is any kind of spiritual practice - other than a nod at my own humanity.  I'm just a weaver, trying the best I can to not make mistakes.

If such a mistake bothers anyone else, then they must do what they feel necessary.  I have chosen - at times - to embrace the entirety of my craft practice, warts (mistakes) and all.  I always vow to do better, but sometimes the runner stumbles.

One last pithy comment - those who can laugh at themselves will be endlessly entertained.