Of Lipstick and Pigs 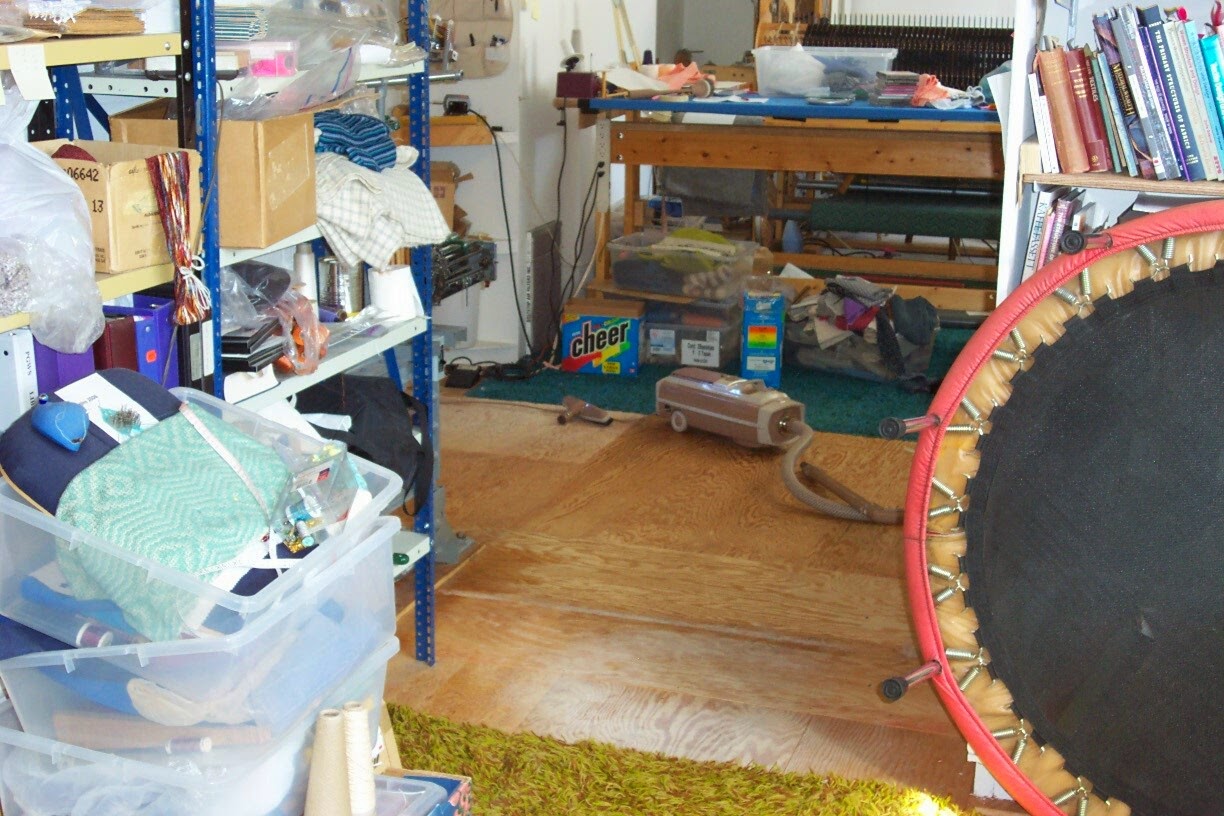 My studio is a working studio.  As such I'm not terribly concerned about how it looks, but what comes out of it.  Being a 'starving artist' I could not afford much in the way of 'decorating' when the studio was built as I was much more concerned with moving in and being able to weave.  When a friend offered me her cast off shag carpets from two bedrooms she had just redecorated, I didn't care what colour they were, just that they were large enough to fit at each end of the studio.  They have been on the floor ever since.

The area in between the two main areas of the studio eventually became covered with an array of miscellaneous scatter mats but they had worn through in places and visually?  I had to admit they looked pretty bad.  Especially with the crew coming May 5 for the Big Project.

Still being a 'starving artist' I can't afford to replace the shag carpet - I don't have the money and I most especially don't have the time to shift everything out of the way to put new 'nice' carpet down.  So instead we compromised and bought a remnant of carpet to replace all the bits of scatter mats.

Of course there were still mounds of stuff to be moved out of the way so once again things have to get worse before they get better!

Doug is cutting out one of the pieces of plywood as a squeak has developed right where I stand to wind warps and he will try to secure the floor at that point.  I don't need to have that sound happening while I am doing the demo of warp winding!
Posted by Laura Fry at 11:27 AM

Such a tease! Every time you mention the Big Project I can't help but wonder what on earth it is!

Several people have guessed. :) Not too much longer now!

Thanks for the "real" picture of your studio. I've been taking a picture about the same time each month that I call the "state of the studio". Funny how much life and activity my pictures reveal....along with the fact that I hate to clean house! Still hanging in there for the BP....but now I know there's filming I've got to go with a production video or segment for a craft/weaving show?? I LOVE surprises!!