Don at the controls
"I can think of no greater example to follow than Don's.
Be bold enough to have a dream.
Be brave enough to try to make it come true.
Live life with joy and love.
And every day, work to be a better person."

A railroader all his life, Don worked for BC Rail for 27 years, also volunteering at the Railway and Forestry Museum and the Fort George Railway, achieving his steam ticket in order to drive the little steam loci. 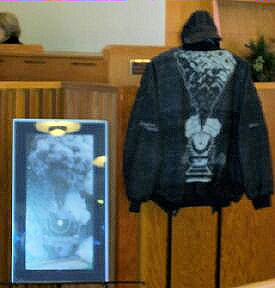 Jacket material woven by Don's sister Laura Fry,and tailored by Darlene Wainwright.
He started 15 years ago as a volunteer and 4 years ago became park manager. He was the architect for the rails and rolling stock at the museum. He was an integral part of the rejuvenation of the museum and the building of the visitor’s centre. No doubt a crowning moment must have been as he drove the first 6001 Electric Locomotive from Tumbler Ridge to Prince George. That locomotive is the last of 7 and resides at the museum. He was a champion and part time engineer for the Fort George Park narrow gauge steam locomotive.
Don was a part of everything that went on at the Railway Museum. He was the nuts and bolts. He was the idea man, the creative problem solver, the fire and the passion that stoked the museum. When you open the museums’ back door you see Don’s accomplishments. 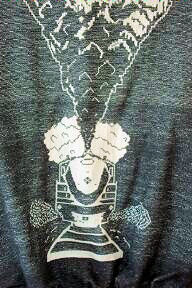