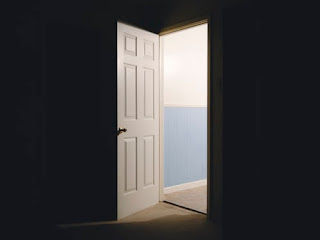 the door of anticipation - light on the other side

I know I've been teasing about the upcoming seminar series.  I just got so excited I wanted to share that with everyone!

But the infrastructure needs to be put into place and my guild mate is working on that.

They say if you want something done, ask a busy person to do it and she is one of the busiest I know!  In our guild alone she wears multiple hats, including treasurer and newsletter person.  Along with other roles as they come up.

Late last night she emailed saying she had been working on the website but it was proving more complicated than she had hoped, made a suggestion about how to go about doing the registration, and said that the newsletter with the info about the series would be sent out shortly.

So we are nearly there, folks!

If you have joined as an associate member, you should be getting the newsletter with the information.  Otherwise, the info will be posted to the website after the newsletter is sent out.  Only fair that guild members get the news first.

In the meantime I worked on my own Power Point file yesterday, then realized that I needed to add a caption to all the photos I had already added.  Which means going through right from the beginning to edit each slide in order to add them.  What can I say?  I'm a novice at this kind of thing.

But I am also learning.  The past year I have begun to understand the importance of making my teaching materials more friendly in terms of people who need things like captions.  It's a small enough thing to do and will help everyone.

Last winter I saw a meme with a group of students waiting for the access to a school to be cleared.  The person in the wheelchair pointed out that if the ramp would get cleared first everyone could use that, but the person clearing the snow insisted on clearing the steps first.

The point is, when society is made accessible to people with mobility or other issues, society as a whole benefits.

So I am trying to be mindful of things like captions for photos.

I'm still not doing it on the blog as often as I should - and am going to scroll up and put a caption under the photo at the head of this post, because...becoming aware is an incremental process.

I've come to realize that that reality bubble that everyone is talking about is more an onion than a bubble.  Because as you remove one layer of being unaware, another presents itself.  There is no magic bullet, just long hard assessment of one's own attitudes and changing of one's behaviour.

So I go to peel another layer now...