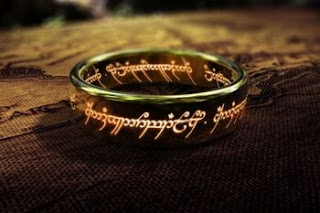 The internet has done a great job of promoting pithy comments, sometimes quite eloquently.  I think my faourite is 'Don't hang onto a mistake just because you spent a long time making it'.

For me the break through was using something called risk assessment and deciding what was most precious to me - my time, or my yarn.  Which was I going to risk?

With my father dying at the tender age of 56, I came to the craft knowing that life is short.  That while I could always make more money, I could never make more time.  And bottom line?  We don't know how long we have, anyway.

When I ran into an obstacle - whatever that might be - the question was - is this going to take more time than it is worth to fix?  If so, then remove it and move on.

I know, I know, not everyone has money to buy more yarn.  I was, after all, a starving artist for 4 plus decades.  Money was always, always, tight.  But saving a few dollars in yarn preventing me from putting my time and effort into creating something that I could sell?  Writing an article I would get paid for?  The yarn got sacrificed.  Because I could always get more of that.

Some people hang on to a project because they have a notion that they are not allowed to 'fail' so they must pull a success out of a situation.  Sometimes people have been told that mistakes are not allowed, so they have to fix what is going wrong.

But what if the problem isn't with them, their processes or anything else they can control?

Like the silk warp I was working on in January.  I wove one scarf, then something called my attention away from the studio for a week.  A week during which time humidity dropped like a stone.  And I hadn't released the tension on the silk warp because I was going to get right back to it.  And then I didn't.

When I came back to the loom - same warp, same weave structure - threads began to break.  And break.  And the selvedges were no longer behaving.  I might have been able to weave the second scarf, but it would have taken me days.  And I didn't have days.  I was on deadline to submit the article.

And so I emailed the editor, said the second scarf would not be forthcoming, but I had the first one - the one I had promised - done and would mail in the next couple of days.  Because I also had company coming so I needed to get the scarf and article ready before then.

So that silk warp?  Went into the recycle bin.

Recently I listened to a podcast with Sara Lamb and she talked about yarn not being precious.

But we all get to choose.  We choose to invest the time in fixing a mistake.  Or removing the obstacle, if that is what it has become.  Just don't hang onto it because you've spent a long time making it.

Email ThisBlogThis!Share to TwitterShare to FacebookShare to Pinterest
Labels: mistakes

'Don't hang onto a mistake just because you spent a long time making it'.
That is a GOOD one! Thanks!!
Applies in many areas of life, not just the things we make with our hands.