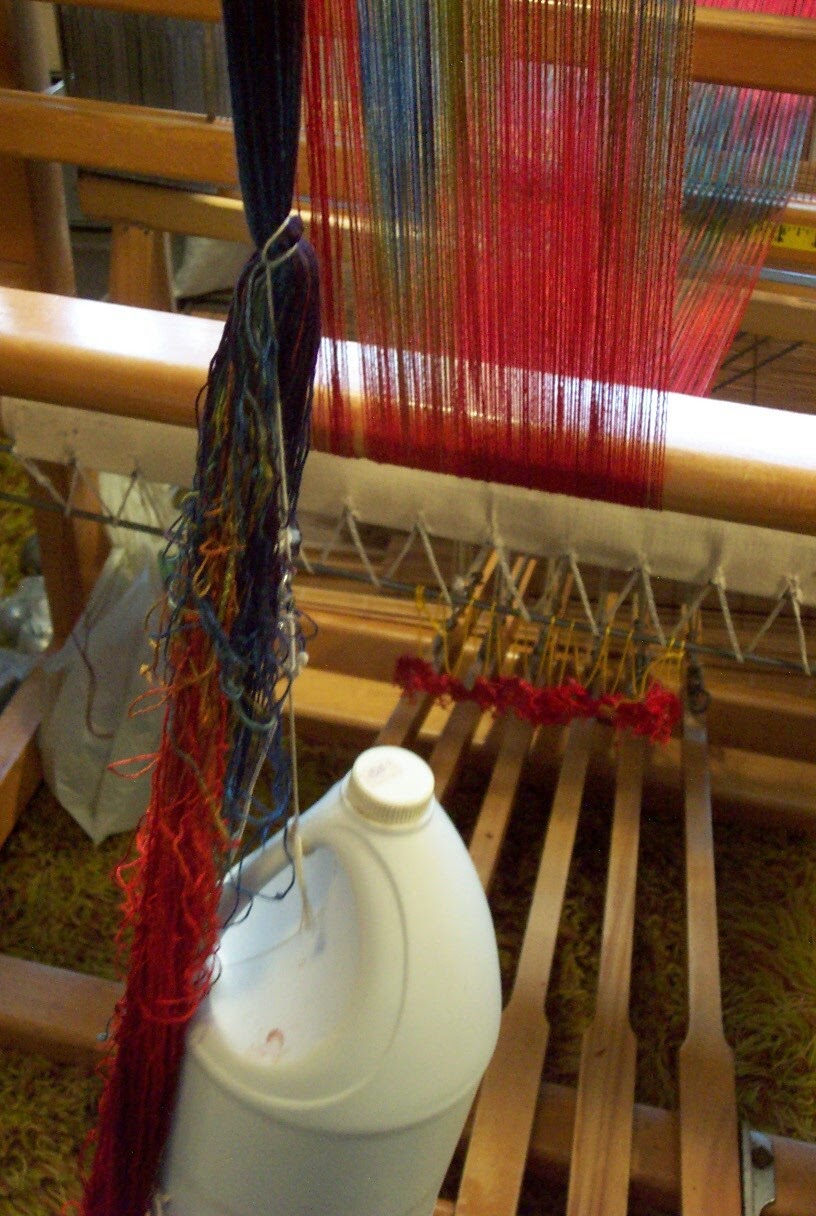 Doug has done some more tweaking to the loom and I'm dressing it with another painted warp for scarves so I can double check the live weight tension system, which also seems to need a bit of tweaking.  I had wrapped the cable in one direction and found that it was creeping towards the warp. Which would be okay except that when it got to the apron rod, the rod would get wound underneath the cable and then dump the weights off - which was kind of counter productive.

So I'm going to wind the cable on the other direction and see if it will stay put.  If not I might have to get Doug to put a higher flange on the warp beam at that end.

I had thought there were only four painted warps left but discovered this 'parrot' coloured warp in a box - obviously way back in July I had started to get it ready to be woven and then the box got shoved in a corner and forgotten.  I won't get all five warps woven, never mind fringe twisted or wet finished, but I'm hoping to at least get this one done.  I'm low on inventory of 'true' reds so adding a bit more breadth to my inventory would be A Good Thing.

And Meg has issued a challenge to take really nice (beauty shots?) photos of textiles so I tried getting a good shot of my tea towels this morning.

Since this photo was to be for several purposes, I think I did okay.  What do you think? 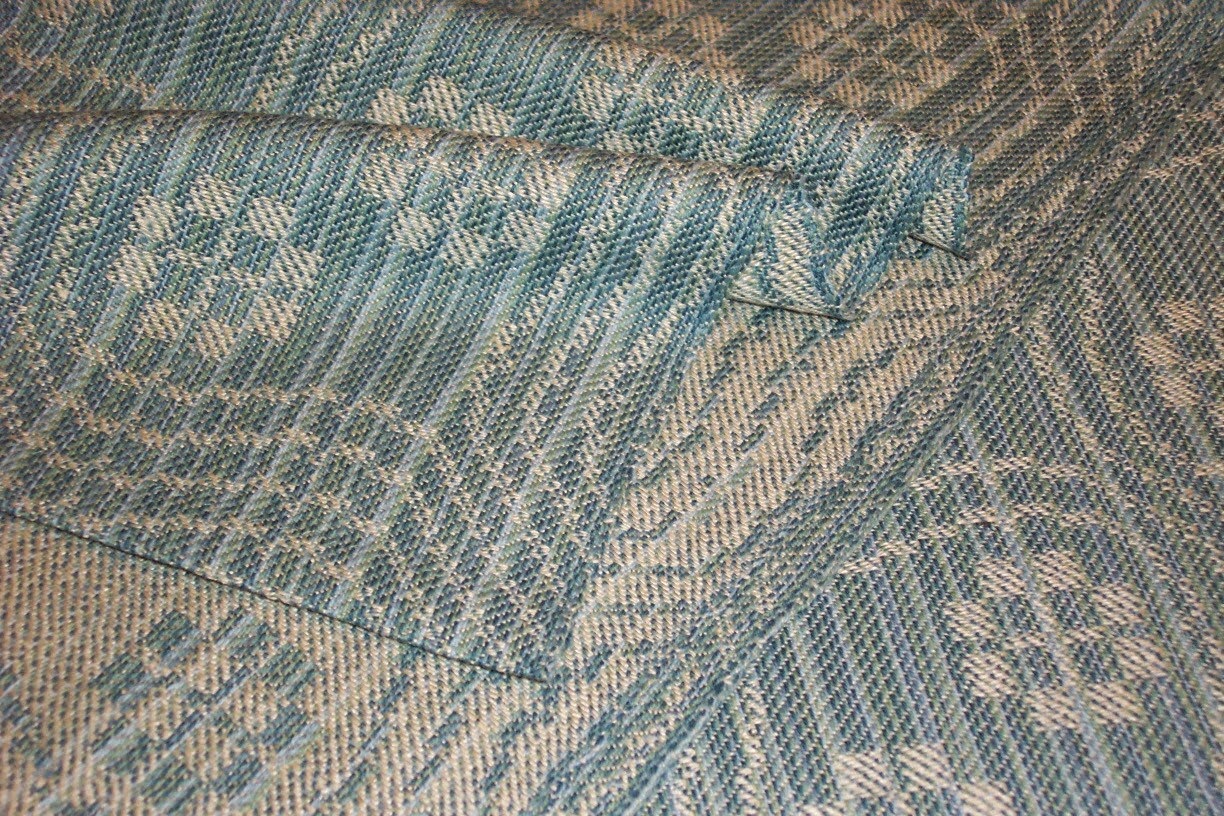 Which loom are you on right now that needs the mod for the wap tension?

The Leclerc. We are changing it from the standard brake to live weight tension.

Jacqui, I know your address! ;)

Will you show us the conversion to live weight tension in due course, please?

I posted a poor photo a few weeks ago. Once I've got it functioning properly, I'll try to get better pics. :)

Thing is, it is so darned simple you think it couldn't possibly work...and it does! :D