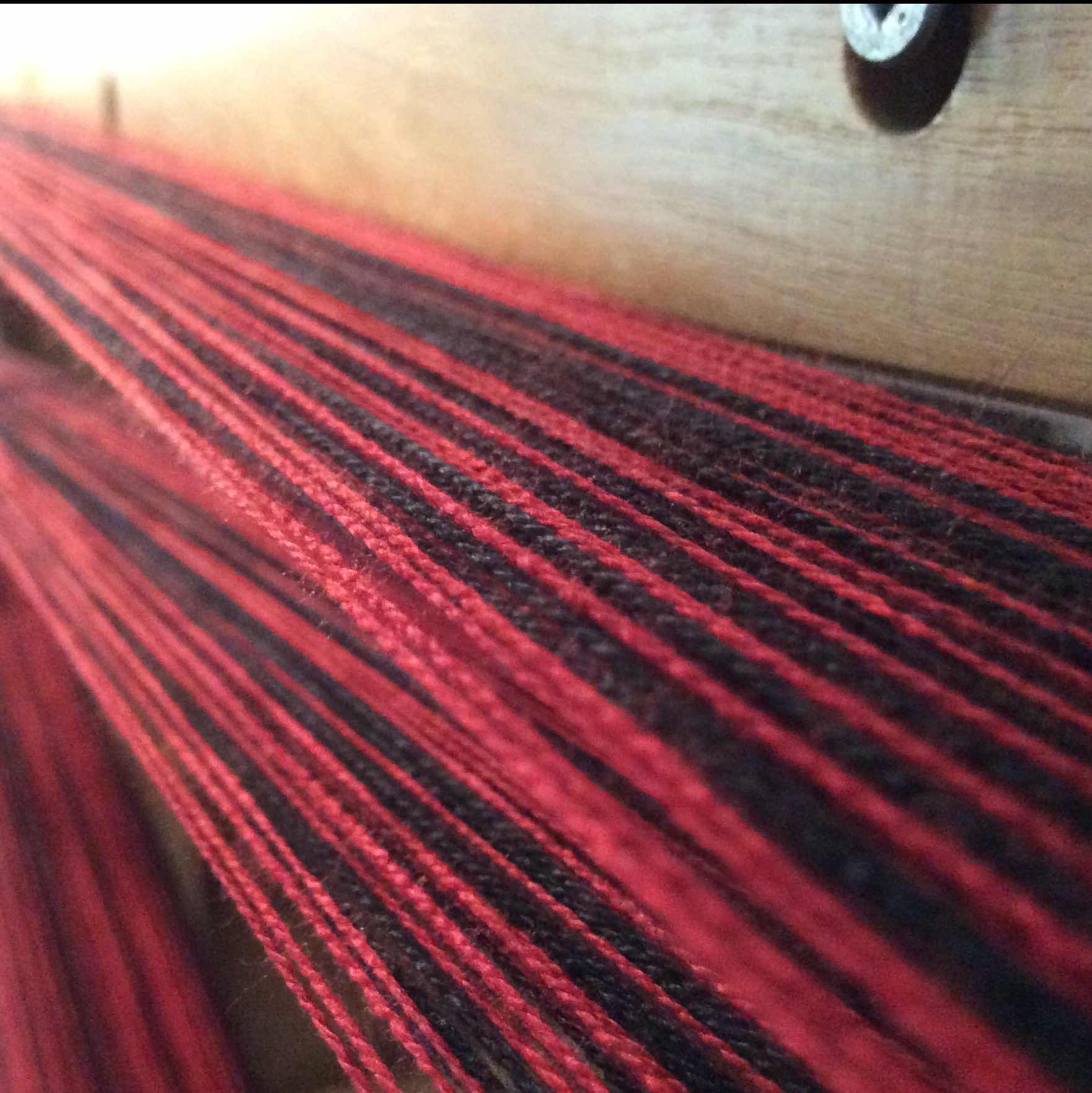 One thing I have learned in my life is to be flexible.

The count down is on.  My editor arrives on Aug 1.  I need as many book projects completed as I can possibly get done before she gets here.  Well - that's my arbitrary goal.  Because I need goals.  I need deadlines.  If I don't have them, nothing gets done.  Because there are always distractions.  Books, mostly, but...

So I got the Take Two warp into the loom yesterday and started weaving that project this morning.  And then realized that I wanted to do something for which I had insufficient treadle ties for.  Except!  I had ordered more and they are actually en route!

Rather than try to cobble something together I switched my plans and started on the next project in the queue.  That one only requires four shafts and I have an 'empty' four shaft loom handy.  Win!

I also had yarn on hand so I'm working from the stash.  Win-Win!

The warp is for scarves and I've wound enough warp to make two.  One can be used as a gift for a friend that loves red and black.  Because why not?

With my goal of semi-retirement, the focus of my weaving will be shifting.  I don't yet know how, or what direction I will go, but production for craft fairs is going to take up less and less of my time and energy in a few years.  So gifts for friends will likely be more common.

But right now?  Getting the book projects done is top of my to-be-done list.
Posted by Laura Fry at 11:37 AM