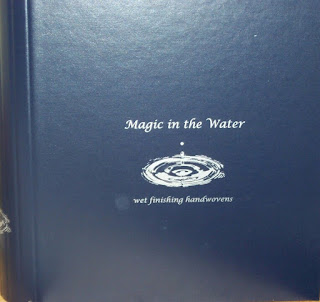 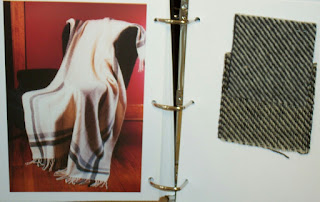 But when the hard copies have all been sold, what then?  Do we try to do a second print run?  Can we even manage the logistics and expense?

And what about when we die?  What happens to those books then?

Not to be morbid, but just trying to work out how to manage my 'literary estate'.  Because none of us are immortal.  (Not sure I would want to be, honestly!)

Doing a second print run of Magic was impossible - at least with actual samples.  In that case I chose to make a digital option available because the technology had advanced to the point where that had become feasible.  In the end, it also became possible to have a print copy.

When I contemplated doing The Intentional Weaver, I knew I did not want an actual physical print run, although I was convinced to do a short run (350 copies) and sign them for any who wanted them.

Now I do not have physical copies as such.  Instead I direct people to blurb.ca to purchase the books in physical or digital versions from there.

Just recently I have had these rather open ended conversations with two author/weaver/friends.  Open ended because none of us really has an answer.

But I asked one of them what happens when books are no longer in print but the information is still valuable?  What do we do then?

We only have to look at books from people like Atwater, Black, Tidball, Davison and company, to know that these books are still valuable.  They might be 'dated', they might not have pretty colour pictures, but there is still information in them that people find helpful.

In some cases the family has taken over the copyright and continue to make the books available to the weaving community.  But I don't have a 'family'.  Another friend urges me to designate someone to be my literary executrix.  Something I think about but still haven't managed to work out.  Ultimately, such a job would be a responsibility that not everyone would want to shoulder.  So I sit and do...nothing.

As I contemplate my personal library of books, many sit there for months without my opening them.  At other times, when I'm preparing a class or an article, I may dig through them to find just the resource I need to confirm or enlighten myself about a particular aspect of weaving.  A couple of months ago I did a survey of some of the books in my library - the end of December, beginning of January I did 13 blog posts looking at a bunch of books that I routinely return to, over and over again.

It is what I hoped for in terms of writing Magic in the Water, and at times people assure me that they do.  I know weaving folk find it valuable because it is offered for (re)sale so infrequently.  Many times it is an older weaver downsizing and selling off their weaving books.

While I hope The Intentional Weaver will be similarly helpful to folk, ultimately it will be the weavers who determine if I've managed that.

Things have changed greatly in terms of information dispersal, just in my lifetime.  The pace of change continues to dazzle and amaze me.  Whether either of my books will continue to be useful?  Only time will tell.  And who knows where the technology will lead us.