I grew up in the last century (and boy, howdy, do I feel old when I write that!) and discovered science fiction as a genre when I was about 11-12.  I'd read everything in the children's section of the library and asked if I could take books out from the adult section.  Given permission, I wondered where to start, and because I could think of no better way to approach the wealth of reading material in front of me, I began in the As.  And discovered Isaac Asimov's classic I, Robot.

There was also a comic strip in the newspaper called Dick Tracy.  It started out as a fairly standard 'detective' series, but soon the characters were sporting wrist communicators and riding around in single passenger flying machines.

It all seemed very far fetched, but I continued to be fascinated by science fiction and fantasy and the limitless possibilities the authors presented.

In my lifetime we have gone from spirit duplicators, Gestetner stencils and carbon paper to computers and printers in our homes.  We have gone from multiple party telephone lines to phones in our pockets - and in some cases our wrists.  Phones are no longer phones but have dozens of different functions.  Right now my phone is a better camera than the digital camera I bought in 2002.

The internet has broadened our horizons in ways that I did not foresee.  Being able to share photo files, documents and videos, and now on line classes?  Wow.

The hidden benefit to all of this is that people who were isolated can now participate in things like classes, seminars, conferences.  If they have an internet connection.

I spent the better part of 40 years either driving hundreds of miles or getting up at dark o'clock to catch a plane to teach.  And of course in person is in many ways 'better', but you know what?  On line is better than nothing.  And for a lot of people, that's what they had.  Nothing.  They either couldn't afford to travel, or they weren't healthy enough to travel long distances.  They did the best they could with books and magazines,.

As I got older, long distance travel was becoming onerous.  I never did react well to time zone changes, and before I could get anywhere I had to first get to Vancouver, then hop, skip and jump to where ever I was going.  And sometimes my destination was ALSO 'remote' - as in several hours from the airport I was arriving at.  (Yes, I have stories.  Every fibre teacher has stories.)

Add in my allergies and there were far too many occasions when I was teaching 'sick' - or at least compromised.

So I am getting ready to once more travel about 500 miles to teach a class.  While I am going to enjoy being there, the *getting* there won't be much fun.  Plus I'm not sure how I am going to manage 5 intense days of pouring everything I can think of out for the students to drink up.

I am facing the reality that I may be 'retiring' to teach in person, period.  Instead I am putting more effort into on line offerings.  I know they aren't 'ideal', but...they are what I can do (with the support of a great crew at School of Sweet Georgia).

In the meantime, my two books are still available at blurb.ca (link at the far bottom, scroll down, way down) and I've been starting to write articles for SOS as well.

Bottom line?  I doubt I'll go to any fibre conferences again, either as an instructor or a participant.  But if you are ever passing through my town, let me know.  I'd love to have coffee and chat.  :)

Email ThisBlogThis!Share to TwitterShare to FacebookShare to Pinterest
Labels: SOS 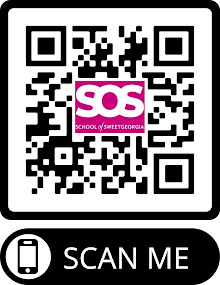