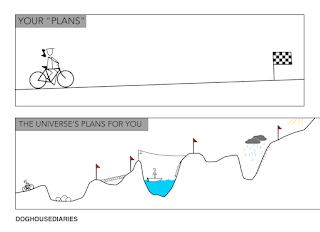 I live with cancer.  I was diagnosed with Small B Cell lymphoma in 2011.  In one way it was a 'fortunate' diagnosis insofar as it is 'indolent' (slow growing).  At the time the gold standard treatment was chemotherapy (including Vincristin, derived from mustard gas).

I fared well on it.  In the end instead of getting 8 infusions, I had only 6, and then I was put onto the Rituximab maintenance protocol - the first person in the province.  I was lucky because the oncologist was new to town and the province and he had developed the maintenance protocol, then fought hard to get permission to treat me with it.

He told me at the time that he had been having patients achieve a 6 year remission and I became another one of his patients to also have an extended remission from treatment.

The next step in treatment was an oral medication and I took that for a year until the adverse effects became untenable.  I went off the drug and was monitored closely to see how the cancer would act.

Getting my system clear of the medication meant I felt better than I had been - until other parts of my body started breaking down.

It's been several years now and I am once again considered to be in remission.  Apparently I am one of very few people with this type of cancer who has managed to NOT require treatment for an extended period of time.  Again.

I am monitored, though, because the assumption is that at some point the cancer will come back again.  So every six months I go into the cancer clinic, get blood drawn, and then go back to find out - am I still in remission?  Or not...

Today is that day.

This six month cycle is one of first relief when I find out that I am still in remission, then stuffing all thoughts and feelings about living with cancer into the back of my mind.  Until covid.  And then I had to keep that awareness of a compromised immune system (B Cells are one of the two cells vaccines target to 'train' to identify covid - and mine don't work - hence my immune system is only half as effective as a healthy persons - at best).  It has been 2 plus years of riding the cancer clinic monitoring appointments while being hyper aware of the fact that I am at high risk of becoming seriously ill up to and including death from covid.

People tell me my constant harping on covid isn't healthy.  I need to just ignore it and live my life.  What people don't understand is that if I ignore covid my life won't last very much longer.  We are, everyone of us, living on the edge of life and death and catching covid will flick me over that edge.

So I cannot ignore covid.  I don't accept invitations to gatherings because I don't know if the people there will be aware of covid or care if I catch it from them.  Because they may not have been wearing a mask and are asymptomatically infectious.  So I just don't go.

I continue to isolate myself, by and large, from the public.  I wear a mask when I go out.  And I watch the numbers to try and figure out the level of risk in my community.

Right now the numbers are higher than I feel comfortable with and once again I refused to accept an invitation to a gathering that I would have liked to attend.  But it was a Spring Tea - which means masks off to eat the goodies and drink the tea.

And too many locals have been reporting they have contracted covid the past couple of months.  All vaccinated, all with 'mild' symptoms.  Which is great and I am relieved to hear that they haven't gotten terribly ill.  But with my immune system, now completely trashed after a severe outbreak of shingles?  I declined.  Regretfully, but I declined.

It's time to get dressed and head up to the clinic and find out - am I still in my rare remission?  Or nah?

I will hold this post until I find out.  And be grateful for the sunny day which means I can park at the mall and walk up the hill to the clinic.  A little ritual I go through every six months.  Walking up the hill with trepidation.  Down with relief.  Hopefully.

Relief.  For another 5.5 months, when the anxiety begins again...

Email ThisBlogThis!Share to TwitterShare to FacebookShare to Pinterest
Labels: lymphoma

Congratulations on your ongoing remission. I am on Remicade and prednisone for my arthritis so know about COVID awareness. I did recently receive Evusheld so am feeling a little more social. Hopefully I am making the right choices.

Praise God! So happy to hear your good news, hope you continue on this path of remission.

Happy to hear the good news! Hope that you continue on the path of remission forever. Also sorry to hear about the shingles; I hear that's really painful! Covid is a real bi%ch, and I am now very comfortable with staying home and being much less social than I was pre-Covid. I, too, have a compromised immune system (as does my husband) so I am very cautious and aware of those around me, wearing my mask everywhere I go. That said, I wish you many, many, many half years of remission!

You know what? People who tell you to 'forget about Covid?' They're wrong. Hard stop. Yes, many people have had a mild case, but. BUT. I believe in my heart that it will get worse again. This virus is doing what it must to survive, which is constantly mutating. And spreading. You are a wise woman to take care of yourself as well as you can and do. That's my spiel. Getting off my soapbox now.

Here in Australia, those that squawk loudest are solely interested in money.

Protect yourself - we want to be able to read your musings and take your online classes for many years yet :-)

Hooray! No one else’s business that you choose to be cautious about covid, whatever your reasons.