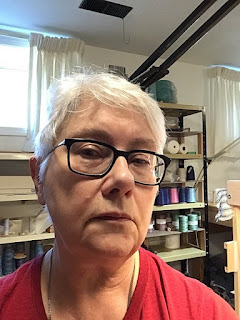 The world has been far too 'interesting' for far too long.  I'm old and I'm tired.

Usually when I say I'm 'old' someone, usually someone younger than me, will rush to assure me I'm not.  Excuse me?  I'm in my 70s.  I have health issues I have been dealing with for a very long time, and they have done nothing but get 'worse' the older I get.

'Old' is just what I am.  'Old' is not a negative.  To the contrary, 'old' is a good thing.  It means I've lived a long time.  I have had years, decades, of experience.  I've done things I had no idea I would or even *could* do.  And for that I am truly grateful.

While my life has not been exactly 'easy', it has been filled with, dare I say it, accomplishment?

And I'm actually fine with that.

After years and years of struggling to keep going, to do more, attempt more, accomplish more, just keep on, keeping on, I find myself perfectly satisfied with what I have done in my lifetime.

But the down side of living this long?  Younger people have not lived through the 'interesting' times I have.  They have no memory, no visceral reaction to historical events in the same way I do, because those events were part of my lived experience and for them, they are just 'history'.

The aftermath of the Great Depression and WWII - because they affected my parents, they were a reminder that they happened.

Duck and cover under your desks to protect yourself from an atomic bomb?  Yes, we had those drills in my elementary school.  Our town was very near a radar base on the Early Warning Line.   The assumption was that any attack aimed at the US would endeavour to take out the radar bases in the north - and our town had one.

Polio.  Small pox.  TB.  Whooping cough.  Measles, mumps, chicken pox, strep throat, rheumatic fever.  All diseases that made my friends and in some cases me, sick.  The relief when vaccinations became available.  Polio and small pox were given AT school.  I had measles, mumps, chicken pox and strep the 'old fashioned way'.  Do not recommend.  Just saying.

As I got older - the FLQ crises.  Wounded Knee.  Black Day in July.  The Chicago Riots.  Wars around the world, limited - sort of - Vietnam, Angola, too many to remember.   The break up of Yugoslavia.  On and on and on.

Mass murders, like the one at Ecole Polytechnique.  Men hating on women.  The women's shelter that opened just down the street from my childhood home and the animosity as the men found out where it existed and harassed the neighbourhood.  "If the women had just stayed at home" was one comment I overheard.

But I'm also old enough that I am no longer much of a target for the misogyny, and so I feel more able to speak out.

So I will.  Because I have words.  And I have the internet.

I will advocate for an end to this pandemic, not the faux ending too many PHOs have cheerfully announced, but actual ending.  Or at least suppressed to the point where hospitals are not overflowing.

I will remind people to wear masks to protect themselves and their loved ones.

I will support First Nations and amplify their messages of truth and reconciliation.

I have the privilege bestowed upon me by my white skin.  I must use it to amplify equity.  Remind people of the humanity of all, not just the ones I agree with.  But I will not tolerate expressions of hate against others.

I am tired, and no longer needing to earn an income, so I am free to speak out openly about things like gun control and against fascism, and all the other isms that aim to separate through the use of fear against others,.

Just because I am tired, doesn't mean I cannot speak up.

I have spent a lifetime, MY lifetime, trying to help people learn, grow, and be better than they were.  Now I can lift up those who are continuing that task.  I can support and amplify their efforts, even if we don't do things the same way.  It doesn't matter.  I want someone left who will work towards the betterment of all.  Who try to grow things, not destroy them.

But I'm tired, now, so I will shine a light on those who have more energy than I do.  Because I'm tired.  And I'm old.  I will step aside for the next generations.  And celebrate them, to the best of my ability.

You are right Laura, you are old (so am I although still a tad younger) and we have seen a lot, most things out of our control and I have to admin, some I just did not understand because too young to get active to help change. But even though it seems you still have lots of energy despite being tired (and old). Being not well takes a lot of energy out of us. Some give up and some are fighting on. So what does being tired really mean? Lifting others up so they can shine cost more energy then to shine by themselves. Tomorrow is another day to spend, hopefully not with so much pain then today. And hopefully you will get much older :)

I appreciate the clarity and honesty of your words. I value your stories and your knowledge. Thank you for sharing. I, too, am old and sometimes tired (I'm in my 80s) and struggle to make time to weave. You provide a wonderful role model for weaving and for living. Find reviving rest and comfort and yes, please continue to shine your amazing Light.