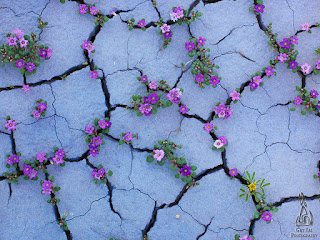 I had agreed to do a guild program, then a lecture for the Weavers Guild of St. Louis, which meant getting up at 7 am, needing to be functional by 8:30.

After the last week, I wasn't sure I was going to be able to do it, but it would appear that the epidural injection may have finally kicked in and I'm feeling 'better'.  Not to mention that once I get started talking weaving, I'm pretty much running full steam and everything else gets shoved aside until later.

But I made it up and was at the laptop when I said I would be and I had a wonderful time talking to the St. Louis weavers and answering their questions as best I could.

It's a lot easier doing it in person when you can see the body language to know if you are on the right track, and then see understanding light up their eyes, but...I did my best.

Frankly I had been questioning whether or not it was time to finally actually 'retire' but after today I'm feeling more hopeful that I can carry on, at least for a little while longer.

After that, though, I needed lunch and then a nap, and by then the day was nearly done.  I did manage to clean up the 'clutter' - putting away the samples I had pulled to share, getting the books back onto the bookshelves, getting ready for the zoom in the morning.

We have been hit with a string of dreary days and warm(er) weather.  I would welcome somewhat colder temps and clear skies, but the weather gods are ignoring my requests for such.

On the other hand, the days are getting noticeably 'longer' with dark settling in later in the afternoon.  Spring is definitely on it's way.  (I did a 'typo' and typed defiantly, which, considering all the things going on might have been just as accurate?)

Next week I need to go through my emails, re-read the two requests for Zoom presentations, see if I can cobble together a proposal for a 'workshop', then think if I am willing to do everything necessary to make a 'workshop' happen.

I think I can, I think I can...once again, hope blooms.  We will see how things go as the Roller Coaster of Life keeps rising, then dropping.  It's not how low it goes, but whether or not it can rise again...

Laura - it was delightful to "see" you on Zoom on Saturday. I had to pop off at the very end for a Complex Weavers Board meeting (also Zoom), so couldn't stay around to chat. But as always - I learned something new from you. And even though I know of your struggles from reading the blog, you were sharp, on point and looked well. Thank you! Sending best wishes.