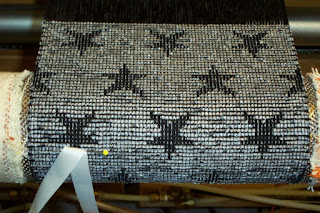 Last year I was sick enough I couldn't cope with much of anything and never did send out holiday cards.  Naturally the few that I generally receive dwindled this year, probably because those who did not get a card from me last year thought I'd moved (or died!) and didn't send this year.

I thought about not sending cards, but there are still some people from afar I like to send a greeting to, just to let them know I do think about them, even if we are not in touch via the internet on a more regular basis.

So I thought a lot about it before I wrote out a 'letter', addressed the envelopes and got them ready to send.

I thought about my mother who had, at one time, about 400 people on *her* Christmas card list.  And how much it pained her to cull that list when postage kept increasing, year over year.  Even so, when she died she still had a full to overflowing address book, which I used to contact family and friends to let them know.

She also had a bunch of postage stamps, which I kept, because they still had value.  Of course I send so few actual 'letters' these days, those stamps have been languishing.

This morning I used some of them.  The 'permanent' ones were easy, no math required.  But I didn't have any 'permanent' ones for the US so I went online, found out how much a letter to the US cost these days (that much?  Wow.) and worked out how many of the set value stamps I needed to lick (yes, they were that old they needed licking!) and cram them onto the face of the envelope.

I'm still left with a fistful of stamps, but at least some of that money won't have gone to 'waste'.

I have been thinking a lot about how it 'used to be' and how much my childhood and the expectations I held growing up have changed for younger folk.

Most of my life was made up of 'moveable feasts' in part due to circumstance - bad weather, poor transportation options or a lack of money - birthdays, funerals, weddings, etc., were frequently missed altogether, or acknowledged at a time other than the societal scheduling.

One of my early jobs was long distance telephone operator.  (Yes, actual people used to route your phone calls, along wires, not the ether) and the phones could not be shut down just because it was Thanksgiving or Christmas (or any other holiday everyone else was enjoying.)  Since I was young and 'hungry' (saving up for a trip to Sweden) I grabbed every 'holiday' shift I could because it was a union job and we got paid extra for working those days.

My father worked for the highways department (it was a government operation in those days) and if the weather was bad, dad was at work, regardless of holidays.  He got time off when it was too cold, but I don't think he got paid - he just got to stay home and not freeze his fingers and toes off.  It was only when I was a teenager that they unionized and they finally got benefits like paid time off for things like extreme weather.  But by then they were also getting equipment that had enclosed cabs, and...*heat*.  I have a photo of my dad from the 1940s with his 'grader' - open cab and the snow piled high.  He taught me how to dress for cold weather and respect weather conditions be they too hot or too cold.

I think a lot about weaving and how it has changed over the years.  How much technology has given us the ability to make things more quickly.  There is nothing done on a Jacquard loom that can't be done on a frame loom - if you have a pick up stick and the time and inclination to pick up every thread that needs to be up to form a shed.

So I get exasperated when people talk about our 'ancestors' as though they were not intelligent, how they couldn't possibly have made the ancient artifacts that clearly exist.  They were 'too primitive', 'too ignorant', 'too simple' to have made them - it must have been aliens.  Or some white guy, bringing 'civilization' to folk who clearly were extremely skilled long before they were 'discovered'.

The explosion of 'technology' in the past few decades (by which I mostly refer to computers/digital/internet) means that there is now a great divide between those of us who used to make do with vehicles with no heat or enclosed cab and highly engineered equipment like articulated front end loaders, those of us who learned how to type on a manual typewriter, and those who only know computers, iphones, etc., those of us who used to pick up a receiver and talk to an operator to place a long distance call, and those of us who assume that little pocket computer will do everything including sending 'movies' around the world, let them stay in touch with distant family at the flick of a switch, those of us who couldn't afford to take the train (never mind fly, because hardly anyone could afford to fly) across the country to be with family for important events, and the assumption that if you buy a ticket on a plane it will get you there when you think it will, personal belongings waiting for you at the carousel, never mind the fact there is a pandemic felling employees left, right and centre or weather extremes happening with greater frequency and higher extremes, high *and* low.

My reality bubble was formed under very different conditions than the reality bubble of younger folk.  It's not their fault that they get disappointed because the systems fail us.  Frankly we have failed them by ignoring things like climate change and a devastating pandemic that is leaving millions dead and many more disabled to the point of not being able to work.  And then telling them everything is fine, pull yourself up by your bootstraps.  Stop being paranoid.

On the other hand, we all need to break down our reality bubbles, and see what is actually happening around us.

I am turning into that old person who shakes their fist at the sky.  I feel helpless much of the time.  I see what is going on, am aware that we are living in 'interesting' times and hope that they will soon be over.

Because I could use a little 'boring'.  A little 'peace'.  A lot less of the 'interesting' would be nice.

But I don't get to fix the circumstances of what is happening to society when it needs society as a whole to fix what is 'wrong'.

So I will continue to go to my loom and make handwoven tea towels and maybe some scarves.  Do my best to stay optimistic and enthusiastic about what I *can* do.  And when the time comes, vote for people who are trying to fix the problems, and have more than one plank in their platform, and that plank is to 'burn it all down'.

My life is inconsequential for the most part.  I am a very tiny cog in the 'machine' we call society.  But I can do my best to keep my part of that 'machine' working.  And for me that means to keep on teaching, as best as I can.  To do that I need to keep learning.  Keep breaking down my reality bubble.  To change my mind when I learn more.  To encourage others to keep growing, learning.

Plus ca change, they say - the more things change, the more they stay the same.  It feels futile.  But even if I can't help fix society, I *can* help individuals.  And so I will keep doing that for as long as I am able.