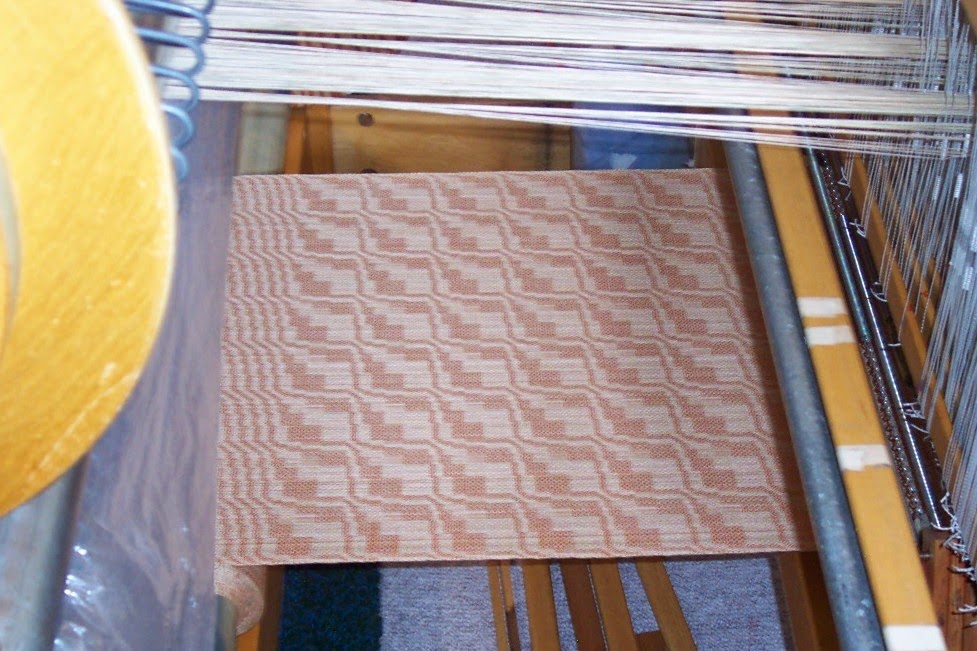 I'm blaming the cold Doug so generously shared with me for the brain cramp that resulted in my making a mistake in the tie up of the next set of towels...and not noticing until well into towel number three!

Now I know you can't really see it in the photo, but it will be quite apparent in 'real life'.  So these three towels will be 'seconds' and probably given to friends who don't mind my orphans.

Anyone want a flawed orange towel?  Or three?
Posted by Laura Fry at 2:31 PM

How much for the three? I could use some everyday tea towels. :)

I would love them!

I'm betting no one but you can see the 'error.' Call it art. Or say that it was intentional, in the old Native American concept of only the god being perfect.

I think I'm going to stick with my grandmother's philosophy: "There are no mistakes in weaving, only unplanned weaves". They look lovely!

As one who has only worked a loom twice, I am unable to see the error. I like the pattern you have chosen, the color doesn't go well in my blue kitchen but I'd be honored to have some of your work, since little in my life "matches" anyway. If you have not already promised them away...
LyndaMOtvos at gmail dot come

It is subtle and not really visible in the photo. :-/. The orphans have been spoken for. :)